What you need to know about Laser Vision Correction

What you need to know about Laser Vision Correction

Laser Vision Correction refers to any laser surgical procedure used to correct vision problems such as farsightedness, nearsightedness, presbyopia and astigmatism. This procedure is meant to help one reduce their dependence on prescription glasses.

Laser vision correction is currently the most popular refractive surgical procedure in North America.  Refractive surgery is divided into two categories: Laser procedures and intraocular lens procedures. Your optometrist will determine the better of the two depending on your condition.

So, which are the main vision correction procedures available today? Here is a look at a few. 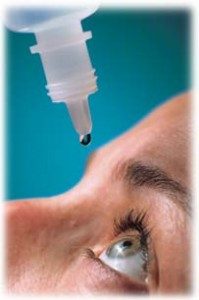 Laser-assisted in-situ keratomileusis, commonly referred to as LASIK, is a surgical procedure meant to reshape the cornea to allow proper entry of light into the eye. This helps with the proper focusing of light onto the retina. The procedure is pain-free and lasts only 15 minutes. The improvement in vision can be experienced in as little as 24 hours. If LASIK is not the best procedure for you, there is a choice of other procedures, including LASEK laser eye surgery, PRK and phakic IOL.

The procedure begins with the eye surgeon creating a thin, circular flap in the cornea. He then holds back the flap to access the stroma (underlying cornea). He then uses an excimer laser to remove some of the corneal tissue. The laser also reshapes the cornea to allow better focusing of light. After the reshaping of the cornea, the flap is laid back in place. The cornea is then allowed to heal.

Photorefractive Keratectomy, commonly known as PRK, is also a laser procedure that works by reshaping the cornea. This is achieved by removal of tissue directly from the surface of the eye. This procedure is not as popular as LASIK. It is, however, making a comeback. This is mainly because studies have shown that both LASIK and PRK produce the same results.

Also, in the case of PRK, nerve regeneration on the surface of the eye takes place faster than in LASIK. This means complications such as dry eye are reduced until complete healing has occurred. Being a surface procedure, PRK does not pose a risk of surgical flap complications and is therefore considered safer for those with an extremely thin cornea.

RLE, also known as clear lens exchange, is a non-laser procedure that is more or less like cataract surgery. However, instead of removing the natural lens of the eye that is cloudy as a result of the formation of cataract, clear lens exchange involves the removal of a clear natural lens and in its place, an artificial lens with a different shape is placed. This procedure is mainly used to eliminate farsightedness.

Which Is The Best Procedure For You?

There are certain health conditions that make one a poor candidate for vision correction surgery. Diabetes, for example, affects healing and thus PRK and LASEK may be considered in the place of certain types of LASIK. For those with uncontrolled glaucoma, LASIK and other certain procedures are not recommended.

Call to schedule a consult with one of our Optometrists to talk about the best procedure for you before committing to any one of these vision correction procedures.

The importance of protective Eyewear

Every day, an estimated 2,000 workers in North America sustain eye injuries while at work. This figure translates to about $300 million lost each year to medical expenses, lost production time and worker compensation. Most workers do not consider eye protection a crucial component of Personal Protective Equipment (PPE). According to safety experts, eye protection […]

Three Key Things Everyone Should Know About eye Floaters

Eye floaters are tiny spots/specks that appear in one’s field of vision. These are especially noticeable when one looks at a bright background such as the sky. Even though these floaters do not interfere with sight in most cases, they can be really annoying. There is a lot to be known about floaters. Here are […]

Safeguarding Eyes on the Sports Field

* Multiple eyewear products are currently on the market in Canada to not only protect the eyes from injury but also to improve a persons performance on the sports field * The Canadian Association of Optometrists says all athletes should consider wearing protective eyewear, due to potential risks of eye injuries * Common injuries cause; […]

Dr. Gavin Bastiampillai and Associates believe in being an integral part of our Kreon community.  When Toronto hosted the cheap nba jerseys Pan Am cheap nfl jerseys Games Dr. in the summer of  2015 from July 10-26, Dr. wholesale jerseys Gavin volunteered his time Islands giving free Remix eye exams to the athletes, trainers and […]